Males dominate the olive industry at around 74% and 26% are females. 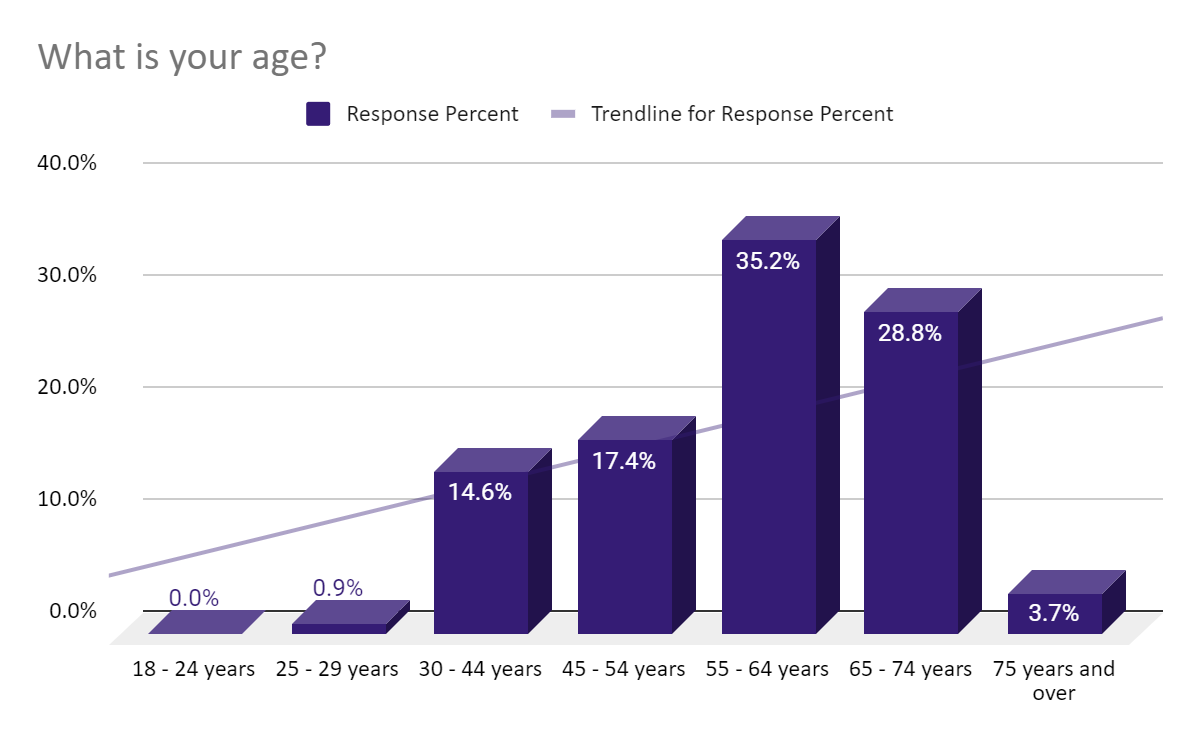 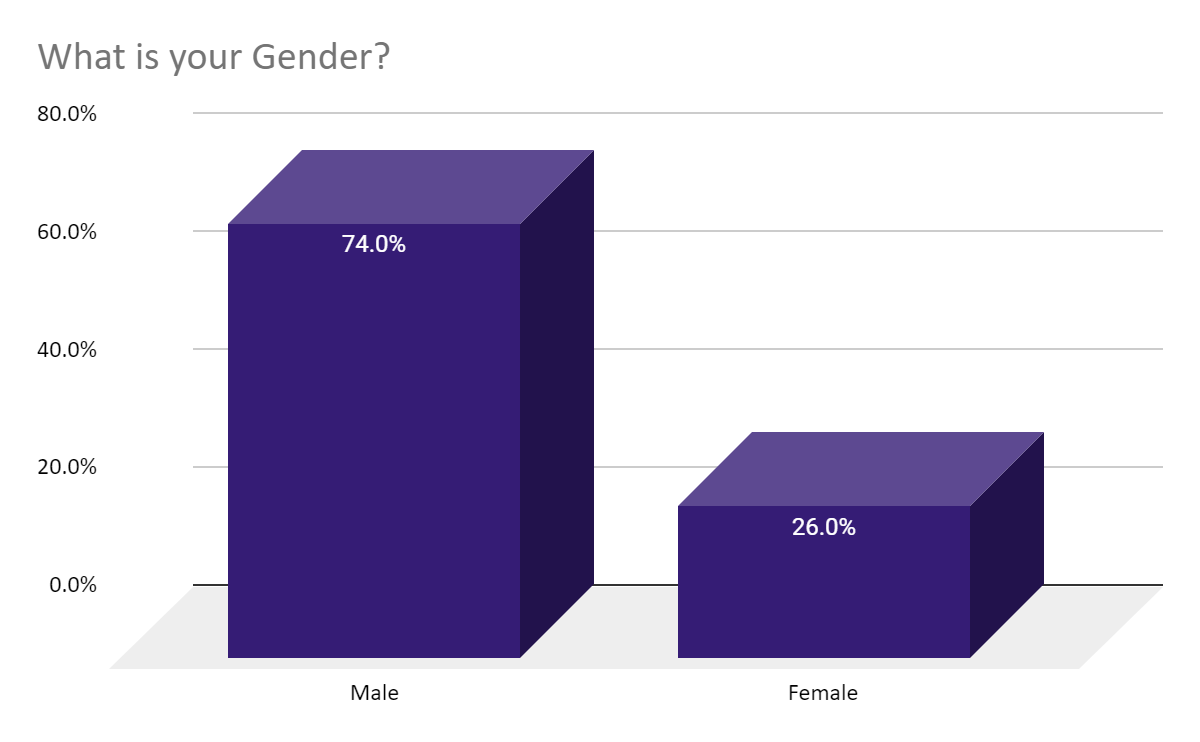 Over 88% of respondents are from Australia and there were also responses from New Zealand (3.6%), USA (2.7%) and other countries (5.5%).  Other countries included Spain, Turkey, Greece, France and Italy.  These responses have been omitted from the survey as we are focussing on Australia. 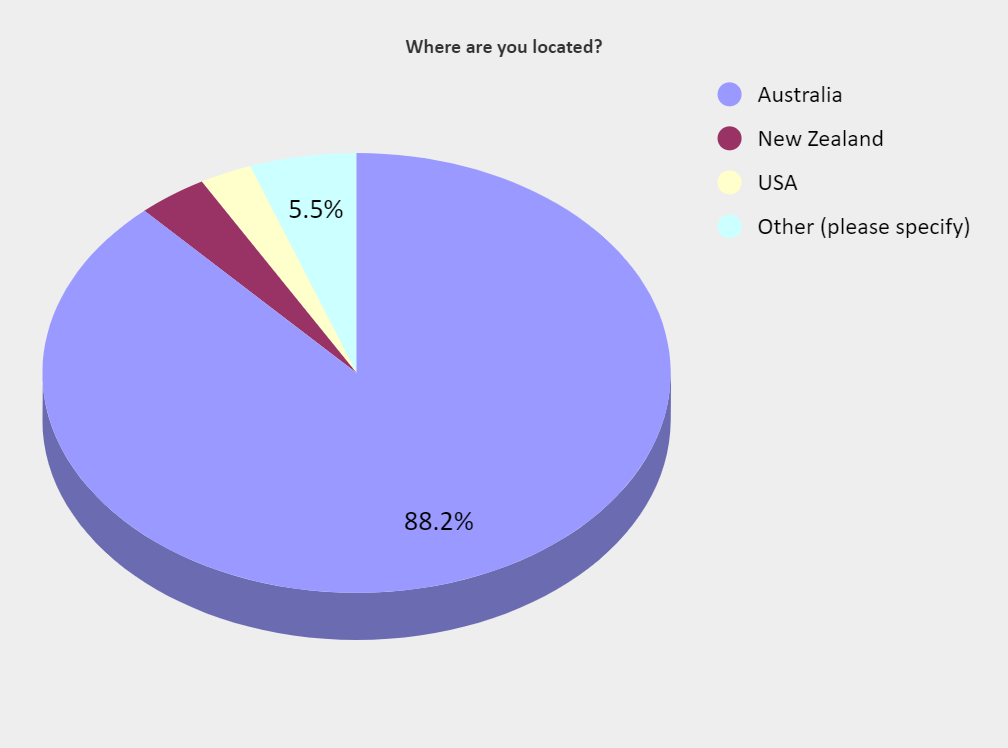 Who are the respondents?

Over 75% of respondents are Olive Growers and Producers.   Respondents also indicated they are involved in the industry including Researchers, Industry Influencers, Government, Suppliers and more. 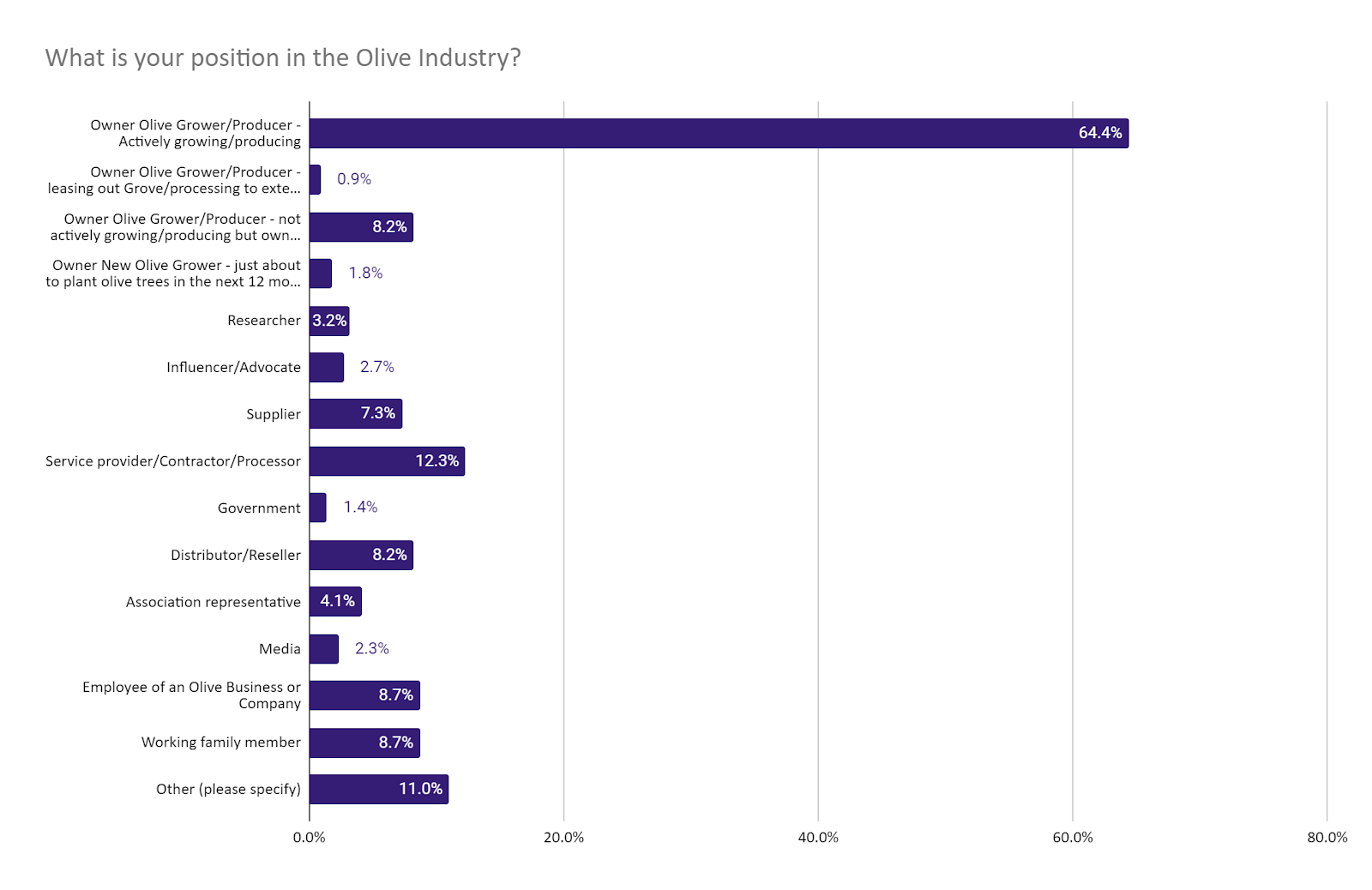 Skip back to main navigation

One thought on “Australian Olive Industry Survey: About Respondents ~ Part 2”